At a press conference on Friday, Housing Minister Peter Eriksson (MP) told us that the southern part of Uppsala is among the nine areas in the country that will be part of the initiative for increased housing construction and new sustainable cities. Uppsala includes the Bergsbrunna and Södra City-Gottsunda areas, where 33,000 new homes and 10,000-20,000 jobs can be created.

Uppsala is growing and in need of new transportation nodes

"In a short period of time, we have almost tripled housing construction and Uppsala has proven that we can assume the government's challenge to build housing, create jobs and grow sustainably. Södra Uppsala has the potential to become an area of ​​major importance for development not only in Uppsala but throughout the entire capital region, "says Erik Pelling (S), municipal council responsible for housing and urban planning."

In order to cope with the increased population growth in southern Uppsala, there is a need for a new link between Gottsunda and mountain wells, where the intended stop for the four-speed line will be built. GTS Foundation is in this moment in a discussion with the ruling parties and proposes an alternative to conventional tram or a regular roads and bridge for . GTS is over 3 times cheaper than conventional trams, and at the same time the GTS system offers radical improvements in modern public transport. Could Uppsala politicians really afford to say no to the GTS Foundation's offer? 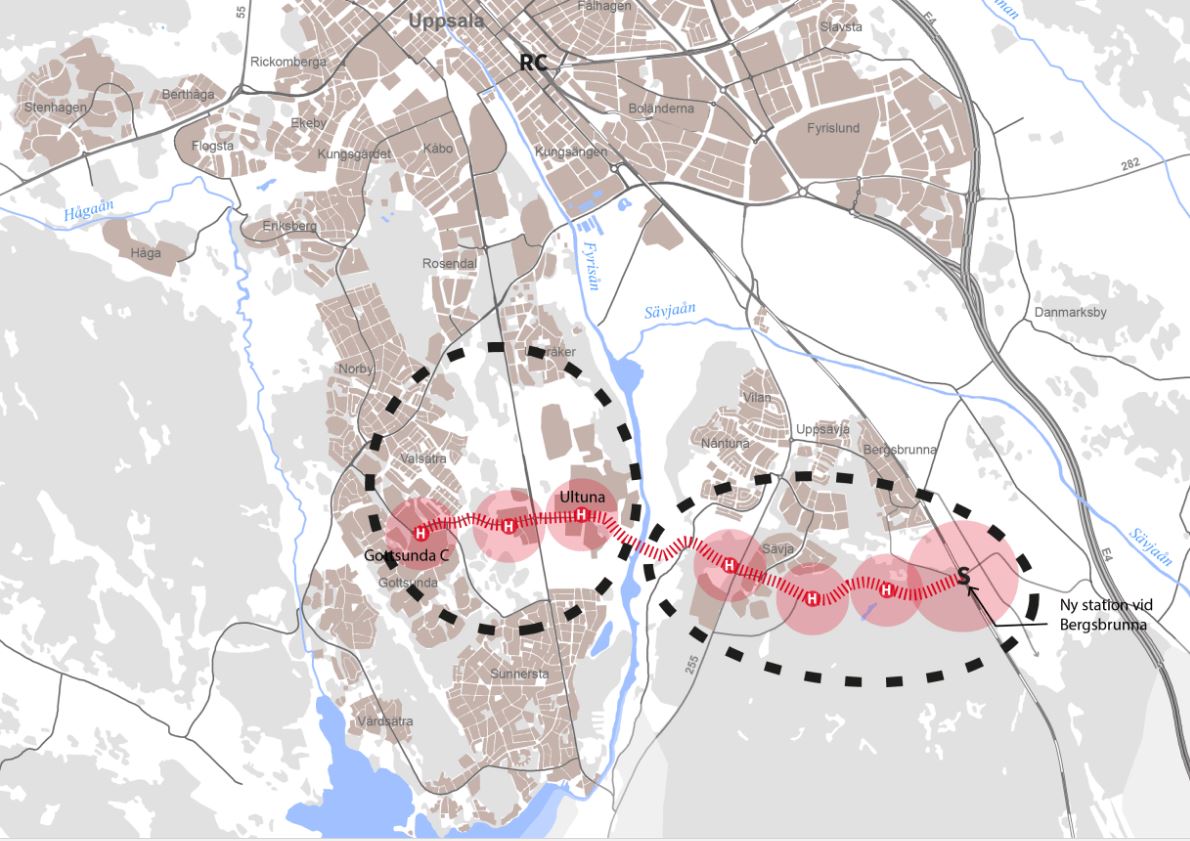 The area that is effected by the four-speed line at Bergsbrunna, Uppsala