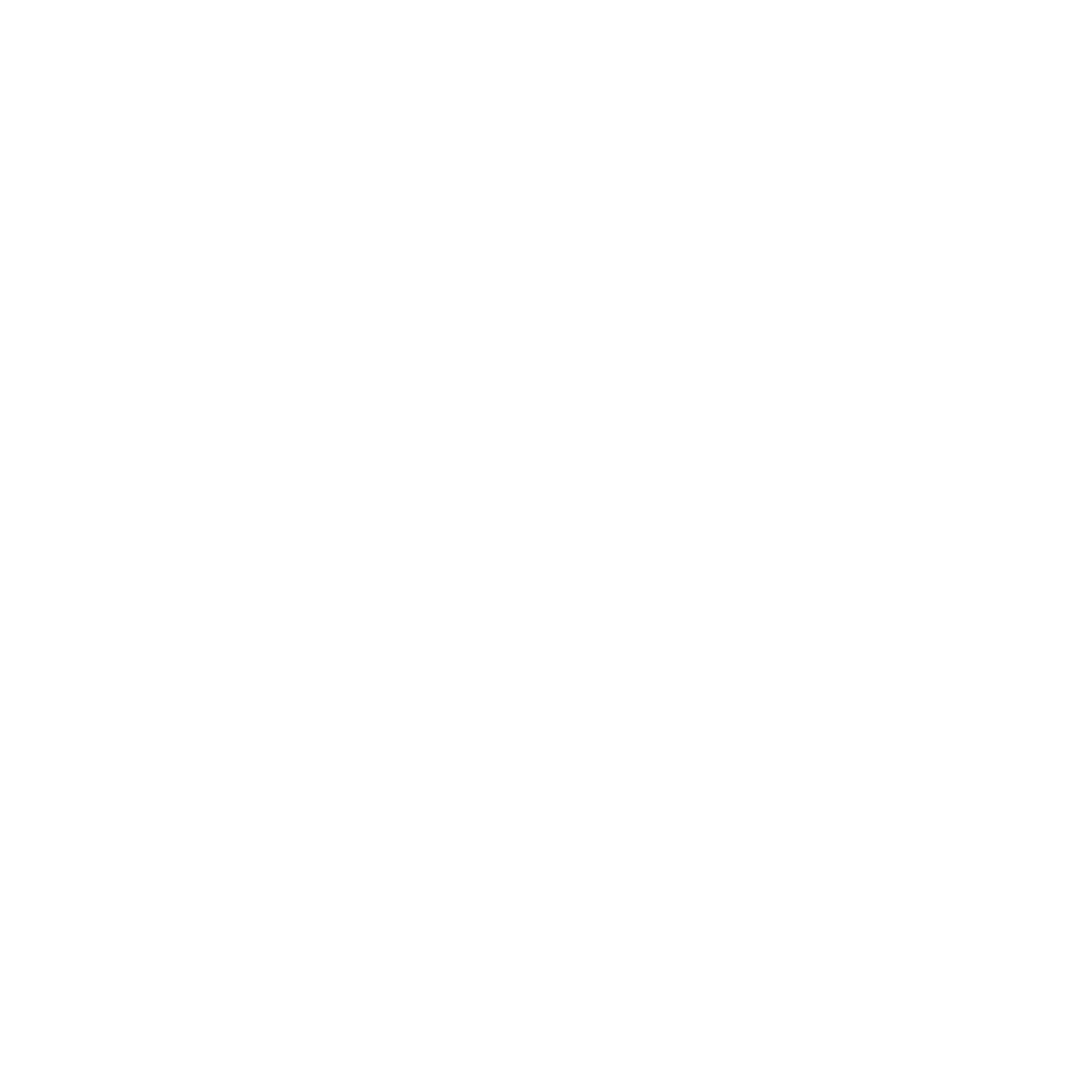 In a report 2008 SIKA (Swedish Institute for transport and communications analysis, now changed into "Trafikanalys") comprehensively discussed whether alternative transport solutions, like podcars, biking and a much more intelligent car traffic can better bring forward the objectives of official transport policies, like better accessibility, less casualties, shorter travel times, strongly reduced harm to the environment and, on top of this, higher grades of efficiency - and all at the same time. The GTS concept was created in this study. In 2008 SIKA accomplished a full analysis of the national economy for a GTS. Even with very conservative assumptions the analysis resulted in a positive benefit/cost ratio for GTS; analyses of the more restricted PRT concept in other countries confirm the positive outcome. GTS is a full-fledged system so it will prove even more dynamically positive.

Our common infrastructures are developed out of what was technically, economically and organizationally possible hundreds of years ago. This implies that all short-comings by our old infrastructures need to be questioned by the roots. Our vision is that a much better and more General Transportation System can be developed using the technologies we know today. GTS is a much wider concept than e.g. PRT (Personal Rapid Transport). GTS also includes conveyance of goods, a blend of public and private ownership and access. Vehicles which can be both podcars restricted to the guideway, carriers containing small road vehicles or cabins that can themselves access the road, referred to as dual mode. On the guideway, speeds up to 250 km/h will be possible, platooning the vehicles into trains. The platooning will also allow a capacity, approaching that of a subway. All these possible qualities of GTS create much more for a sound growth potential, than attacking safety, capacity, energy, velocity, environment and costs separately as in the prevalent concepts of transportation - road and rail mainly.

Suppose our consortium now will be financed and that we will execute our research, invention, synthesis and analysis perfectly, well, in a couple of decades or so, we would be able to communicate physically with one and all of us by GTS low- and high-speed lines from our partner at Mondragon University in Basque in the south to GTS Foundarion in Uppsala, just north of Stockholm, nonstop. This is the longest distance, 2700 km, and should perfectly be made in a cabin à la vagons-lit in 12 hours on a high-speed line, mostly along, aside or over, European motorways (best alternative: flying including local transfer and airport handling around 10 hours). Other partner connections are made in fewer hours. Our partners in Breda, Aalborg, Gothenburg and Stockholm are located on or close to the line. Portsmouth and London Docklands are linked by local and regional lines and a new high-speed GTS crossing over the Channel, as Aalborg and Gothenburg are linked over Læsø and the Kattegatt sea. 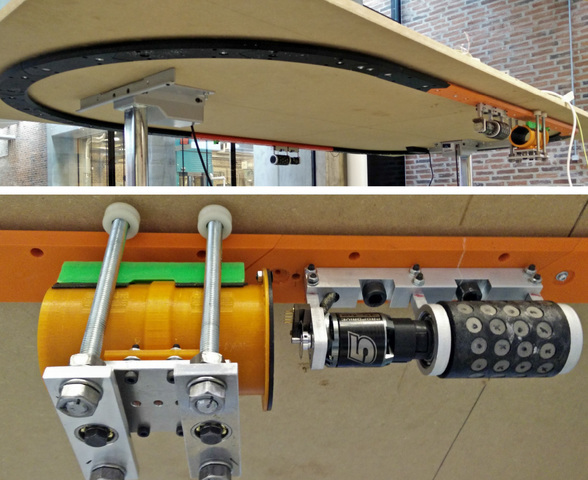 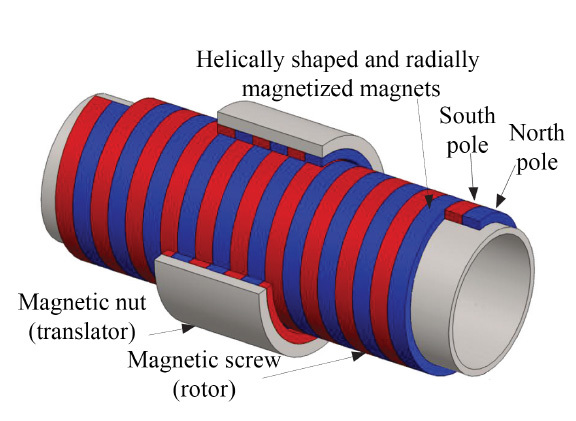 The electro-magnetic core of GTS technology

Important technical breakthroughs are expected in the GTS proposal. The Department of Energy Technology at Aalborg University in Jutland, Denmark, and The Department of Electronic Engineering at Mondragon University, in Basque, Spain, will do the theory and laboratory works.   It is our goal to create a magnetically driven, suspended, switched and platooned system. The magnetic propulsion also includes braking and thus makes the system insensitive to ice and other adverse climatic conditions. By making the vehicles magnetically suspended, the contact between vehicle and guideway is avoided. Without such contact the ride can be very silent and smooth. The direct magnetic switching can be made instantaneously. Thereby the long time to switch, typical for troubled mechanical switches in e.g. our railways, is avoided. There will be no stones nor any ice adversely affecting the switching.   Platooning the vehicles increases the capacity from say one vehicle every two seconds to say three vehicles a second at 50 km/h. With filled vehicles, the transport capacity can approach that of a subway. Platooning also enables a top speed to that of trains, e.g. 250 km/h. This is because the wind resistance is greatly reduced while platooning. The "maglev" principles will be quite different from those currently used in e.g. Transrapid in Shanghai - as those principles are too costly. Each technology and part are optimized for energy efficiency.

Magnetically levitated systems have previously been too expensive for widespread use, due to the high cost of track, cumbersome mechanical switching, inflexible train sizes and small production scale. These hindrances will be overcome using new hybrid principles combining intelligent digital control systems with electromagnetic actuators.

Magnetic propulsion and regenerative braking is preferred instead of friction dependent technologies. This result in reductions of maintenance, slip/slide wear, lubrication problems and mechanical fatigue. The main goal for the research is to evaluate different types and invent new types of technology for precisely controllable Linear Synchronous Magnetic propulsion (LSM). The challenge is to find a low-cost, high efficiency propulsion system, while avoiding a large electric power transmission to the moving drive sled. Initial calculations show that adapting the Magnetic Lead Screw technology, developed at Aalborg University, reduces the mass of the propulsion system by a factor of 18, and the cost of it by a factor of 5 compared to current Maglev systems. The combination of track design and intelligent control system are crucial challenges, as high electromagnetic power must be available for acceleration, braking and climbing.

Magnetic levitation and guidance is well suited to GTS. It is silent, compact and light. By eliminating physical contact between vehicle and track, maintenance cost, noise and vibration are greatly reduced. GTS will research the use of Hybrid Electro-Magnetic Suspension (HEMS), using both electromagnets and permanent magnets. That yields low energy consumption. Initial calculations suggest that GTS will produce about nine times the lifting force for a similar cost of levitation system. Key challenges are safety, integration of levitation, guidance, propulsion and switching. That demands a robust and fault tolerant control of the drive sleds. A capability to withstand wind forces and negotiate curves at flexible speeds are crucial challenges.

Intelligent controlled Magnetic switching technology will be researched to achieve smart operational function, high level of safety and a low maintenance level. Such a switch cannot be blocked by frost or foreign objects in the same way that mechanical railway track switches can today. Magnetic forces will steer the vehicle either to the left or right, as selected, in divergences. Switches must be fail-safe and redundant. This method is new in contrast to the earlier "Maglev" that often switches the whole beam, which is a very slow process, precluding a high capacity of vehicles/hour. The reason for applying this type of switch is that the vehicles normally enclose the guideway rather than being enclosed by the guideway, as in GTS.

Magnetic platooning control of vehicles at speed will be researched, as this allows for both a high line capacity and a high velocity, with a small energy demand (normal trains also avoid large air-drag by combining cabins into a single train). Platooning and separating platoons at speed demands exact control of the relative position and speed of each vehicle. This is a formidable task, which so far has been precluded in e.g. railway traffic.

Smart connection between the drive sled and the suspended cabins is also researched. This will control the cabins as they swing out in curves, similar to banking an aircraft or a bicycle, enabling flexible vehicle speed in curves. The smart connection also allows the cabin to be lowered to ground level, using a built-in elevator. This feature may also facilitate evacuation in case of emergency.

System operation with individual vehicles, without platooning is rather well known. High speed platooning operation, with no distance between the cabins, demands a quite new high-tech research challenge. High capacity and high-speed features, both enabled by platooning are factors that make GTS unique.

The Physical design of GTS in the human scale environment, poses new challenges in many perspectives. The design process includes technical and economic aspects as well as questions of adaption to the surrounding and the impact the design can have on future urban planning. It will be not only an efficient transport system but also a new architectural element employing advanced materials combining appropriate scale, with rhythm, texture etc. GTS being lightweight and neat, free from emissions, noise and vibrations, opens new possibilities, for example building integration and multitask guideway constructions. The system may even be installed below ground, through or above buildings. The long-term vision is that GTS, properly designed, will make way for a more social use of public urban space than is possible with today's conventional transport systems. Spans may vary between 10 and more than 1000 metres. Transport of a bicycle, a pram, a wheel chair, a small vehicle or palleted goods must be easy. Entrance and exit of a cabin should be possible in upright position. Cabins must have a lightweight and safe structure, designed with aerodynamic and vehicle dynamic properties in mind; special dual-mode cabins which also can be used as ordinary road-cars must adapt to the GTS standard. An understanding of the whole system structure and dynamics is necessary to develop the core technologies.